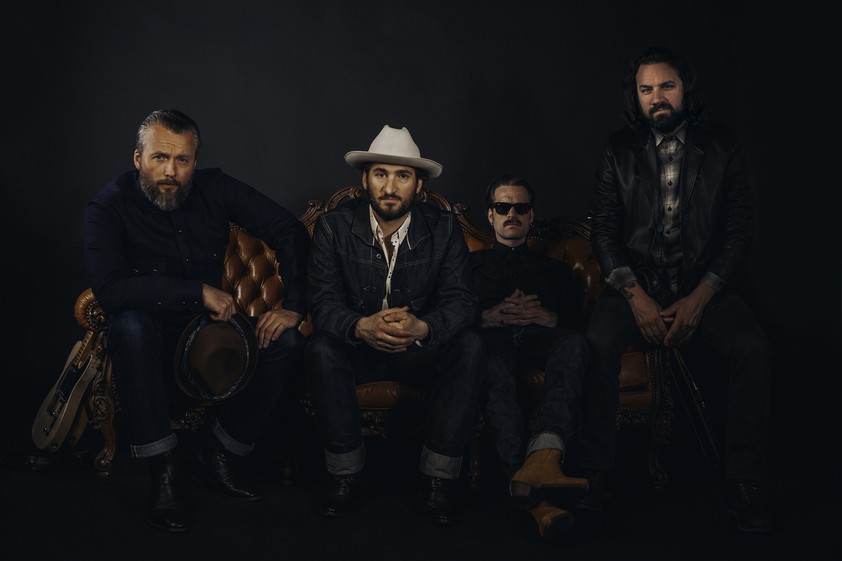 Crowned ‘probably Europe’s best Southern Rock band’ by Dutch The Guitarist Magazine, Black Bottle Riot is a true guitar band. Bands like this are becoming rare these days. Formed in 2008, Black Bottle Riot was quickly noted by fans and critics as a fresh wind in the Dutch and European rock scene.

With 2011’s debut album and ‘Soul in Exile’ (2013) and III: Indigo Blues (2015) on Suburban Records, the band played tons of national and international club and festival shows. From large stages such as Rockin’ Park, Zwarte Cross, Eurosonic/Noorderslag and Down The Rabbit Hole to blues clubs. The bands feels at home almost everywhere. It’s an old fashioned band, in a good sense. Give these guys a stage, some amps and a crate of beer and they will set the place on fire.

Over the years the band shared the bill with Pearl Jam, The Black Keys, The War On Drugs, Black Stone Cherry, Rival Sons and Ryan Adams. Their ‘one minute of fame’ on national television show DWDD even led to a support slot for ZZ Top. In reviews, rock magazines foresaw a band with no strict musical boundaries, whilst still staying true to itself. Their fourth album ‘FIRE’ sounds like the band has come to its own. Songs are catchy yet intense. The perfect sound track for driving hours on end, either to get away from or to finally get to your loved ones.

Black Bottle Riot is a band for those who love the tough bluesy rock from the likes of The Allman Brothers Band, Tom Petty & The Heartbreakers and Thin Lizzy.

You can listen to their latest album here:
https://open.spotify.com/album/22jOd6T6e5DqfEFek0GuIk

Here is a live clip they recorded at the best recordstore in Arnhem (Kroese) to promote their latest album: